In 1945, immediately after the end of the Second World War, Josef Sudek (1896–1976) took to the streets of Prague to document the damage sustained by the city. This endeavor produced a unique series of almost four hundred photographs, both documentary and artistic in nature, depicting the ravaged buildings, dismantled statues and the air raid and fire precautions of the time. Today, this collection of negatives is housed at the Czech Academy of Sciences' Institute of Art History in Prague. The current exhibition presents forty newly-made prints of these images which have never been exhibited before. The exhibition has moved to Paris from Rome, Milan, Düsseldorf and Prague and it will later move to Wrocław. 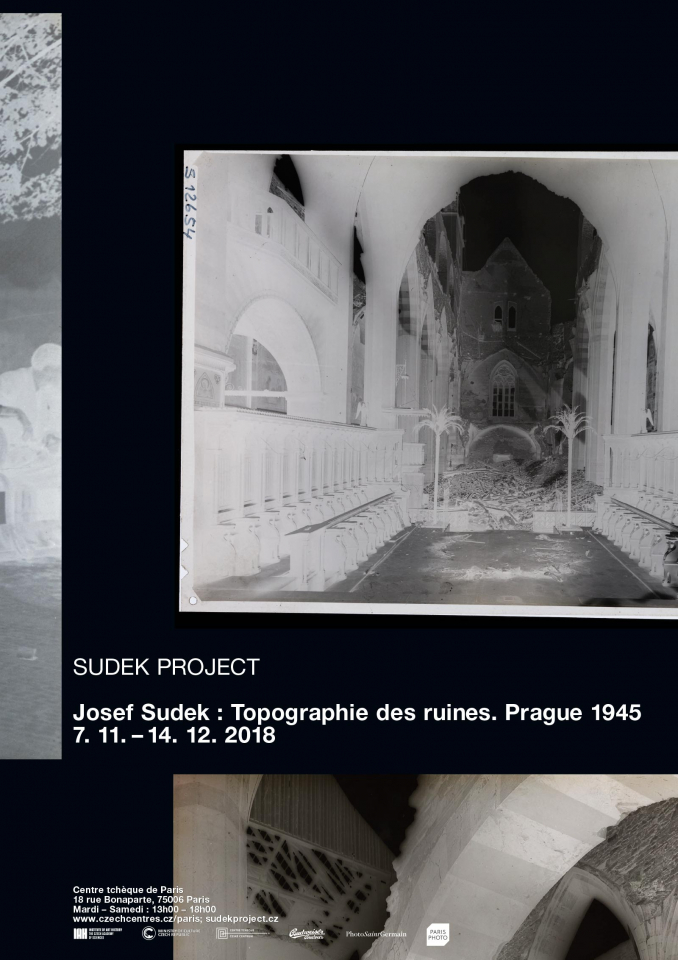 Opening:
Tuesday, 6 November 2018 at 7 pm. Opening will be attended by the Sudek Project team members, the curator Katarína Mašterová and Martin Pavlis from the Institute of Art History of the Czech Academy of Sciences.

Guided Tour:
Wednesday, 7 November 2018 at 7 pm – with the curator of the exhibition Katarína Mašterová from the Institute of Art History of the Czech Academy of Sciences, in English.

The exhibition is part of the Photo Saint-Germain and the Paris Photo OFF programme.